Happy Mother’s Day from River Dentistry. Mother’s Day is a day to celebrate motherhood. On this day, we show our love and gratefulness to our mothers in many ways: gifts, flowers, candy, some extra TLC, and of course some great Mother’s Day specials.

Mother’s Day is celebrated in many countries, including the United Kingdom, the United States, Denmark, Finland, Italy, Turkey, Australia, Mexico, Canada, China, Japan and Belgium. The day is used by children and husbands to honor mothers and grandmothers for all that they do in raising children. In the United States, Mother’s Day was first suggested in 1872 by Julia Ward Howe (famous for writing the words to the “Battle Hymn of the Republic”). But it was a woman who was never a mother herself who led the campaign for national recognition of Mother’s Day. 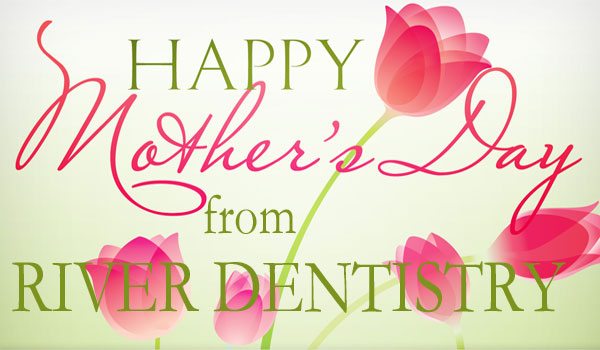 Anna Jarvis held a ceremony in 1907 in Grafton, West Virginia, to honor her mother, who had died two years earlier. Jarvis’ mother had tried to establish Mother’s Friendship Days as a way of dealing with the aftermath of the Civil War. Anna Jarvis began a campaign to create a national holiday honoring mothers. She and her supporters wrote to ministers, businessmen and politicians, and they were successful in their efforts. In 1910, West Virginia became the first state to recognize the new holiday, and the nation followed in 1914 when President Wilson declared the second Sunday in May to be Mother’s Day.

Here at River Dentistry – your favorite Downtown Los Angeles dental office – we love families and we want to give all mothers and children of all ages our Mother’s Day specials in hope to make their summer and smiles a whole lot healthier and a little bit brighter.

Make your appointment by May 17, 2014 and get 50% off a comprehensive dental exam with digital x-rays or bring your child with you and get a second exam absolutely free!

Also do not forget to check out our unbelievable $89 Zoom! whitening and $1499 Invisalign specials for the mother in all of us, which also expire at the end of the month.